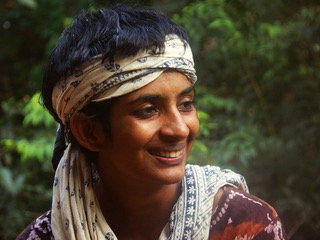 lives and works at the Gurukula Botanical Sanctuary. She has been concerned about the plants, animals, people and natural ecology of the Western Ghat mountains in southern India. She writes occasionally in various magazines.

She is an Ashoka Fellow and a recipient of the 2006 Whitley Award, UK’s top prize for environmental conservation. Along with friends from her neighbourhood, members of the Paniya and Kurchiya tribes and traditional farmers, she has initiated an effort to conserve and revive the rivers and forests of the western end of the Wayanad plateau where they all live. She also travels occasionally to give talks under the rubric Rainforest Etiquette in a World Gone Mad.

This website uses cookies to improve your experience while you navigate through the website. Out of these, the cookies that are categorized as necessary are stored on your browser as they are essential for the working of basic functionalities of the website. We also use third-party cookies that help us analyze and understand how you use this website. These cookies will be stored in your browser only with your consent. You also have the option to opt-out of these cookies. But opting out of some of these cookies may affect your browsing experience.
Necessary Always Enabled

Any cookies that may not be particularly necessary for the website to function and is used specifically to collect user personal data via analytics, ads, other embedded contents are termed as non-necessary cookies. It is mandatory to procure user consent prior to running these cookies on your website.